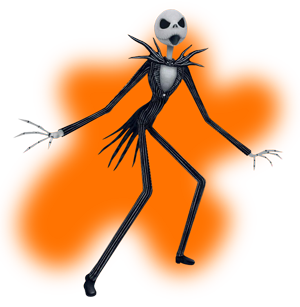 Jack Skellington is the patron spirit of Halloween, portrayed as being on par with Santa Claus and the Easter Bunny within his own holiday. As a living skeleton, he is immortal and can remove parts of his body without harm, as is often demonstrated for comic relief. He is the most important of many Halloween spirits, with the implication that their job is to scare people in the real world on Halloween night.

The Nightmare Before Christmas Gang! 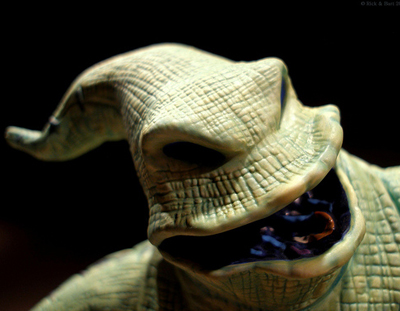 Oogie Boogie is the main antagonist of the film. 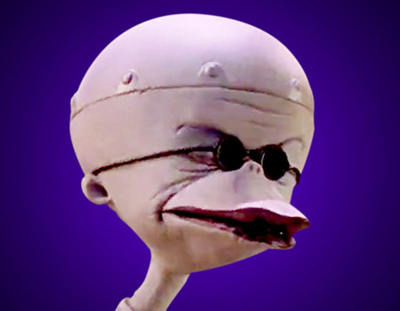 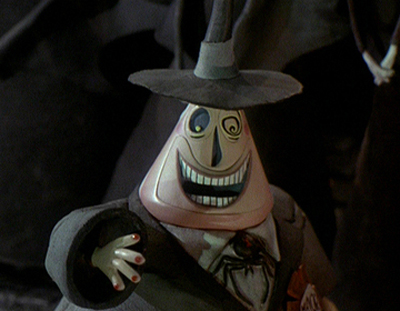 The Mayor of Halloween Town 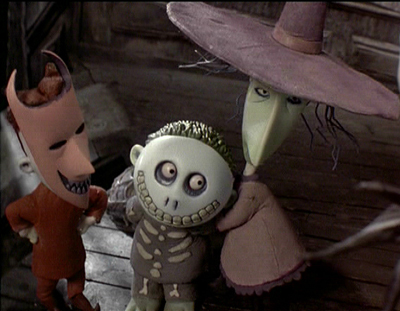 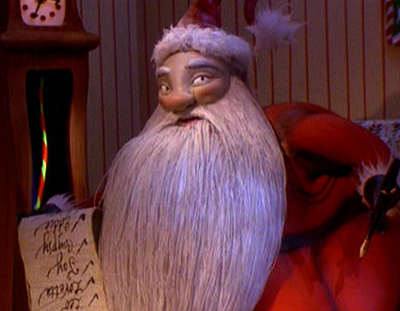 The leader of Christmas Town. 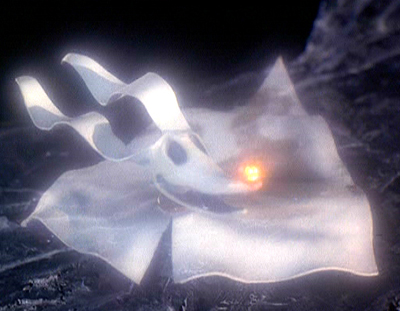 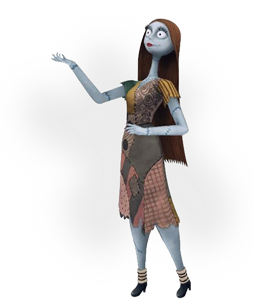 Sally is a rag doll-type character, with detachable limbs stuffed with fall leaves. She often falls apart, requiring her to sew herself back together, and carries a set of sewing needles and thread for precisely that purpose. She was created by Doctor Finklestein, Halloween Town's resident mad scientist, as a companion. Their relationship is rather tense, as Finklestein insists on keeping Sally under lock and key, under the pretext of protecting her from the excitement of the outside world. However Sally is restless, and is intrigued by the wonders of the outside world.

See a gallery of Sally here!

Jack Skellington, the pumpkin king of Halloween Town, is bored with doing the same thing every year for Halloween. One day he stumbles into Christmas Town, and is so taken with the idea of Christmas that he tries to get the resident bats, ghouls, and goblins of Halloween town to help him put on Christmas instead of Halloween -- but alas, they can't get it quite right.